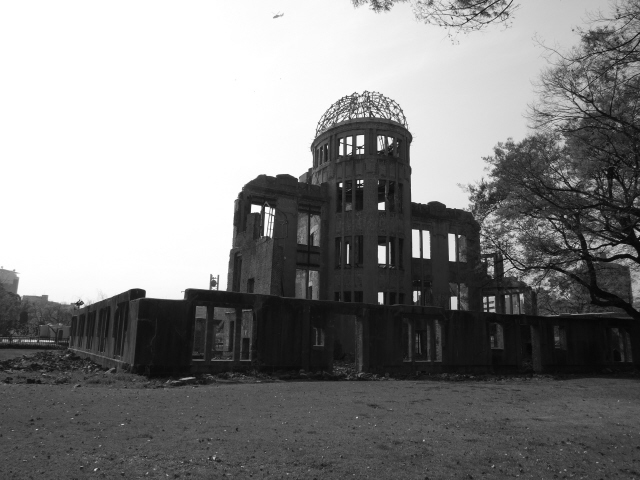 A city in Japan – and the site of one of the deadliest catastrophes in human history, namely the first use of an atomic bomb as an act of war (at the end of WWII) – and thus the name Hiroshima alone stands for man-made tragedy as much as otherwise perhaps only Auschwitz does. In fact, while at Auschwitz more people were killed over several years, the nuclear blast at Hiroshima killed more people in an instant than any other killing in history. And of course, many more died of the immediate and long-term after-effects. The city of Hiroshima has devoted itself to the promotion of peace ever since. The sites one can visit here as a dark tourist rank amongst the world's best.

Hiroshima's pleasant city-ness is thus well worth exploring for an extra day or so, i.e. in addition to those dark sights … even if these, let's be honest, are and will always be the main reason for any tourist to come here in the first place.

Outside Hiroshima itself, there's one other premier tourist sight nearby that is often said to be a must, without which a visit to Hiroshima would be incomplete (I gave it a miss all the same, though). It's the exceptionally scenic Miyajima island with its famous great "floating" Torii gate standing in the water in the bay in front of the island's grand shrine. This Torii seems to be second only to Mt Fuji as an iconic image standing for the whole of Japan. It features in virtually every tourist brochure about the country.
When travelling from Tokyo (which is most likely), then a stopover roughly halfway in Kyoto (and/or Osaka) would be a typical item on most itineraries, as will a visit to Japan's most significant castle at Himeji, which is located some 60 miles (100 km) west of Osaka en route to Hiroshima.