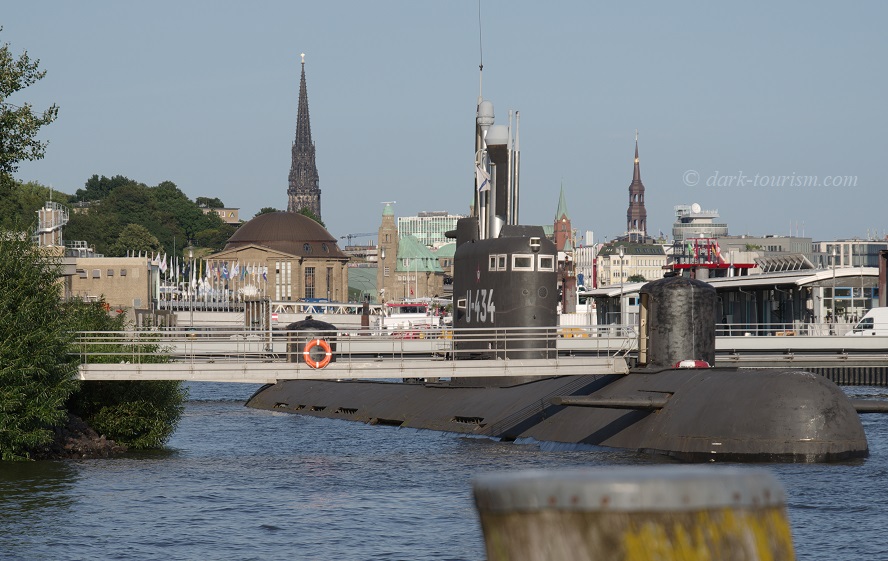 A Russian submarine, used by the Soviet navy during the Cold War on spying missions, now permanently moored as a floating museum in the harbour of Hamburg.