UPDATE: following the June 2016 Brexit referendum, and the official process of the country's "divorce" from the EU begun in 2017, there are potentially big changes ahead and the wide-ranging uncertainties are already affecting the country. I've been back to the UK several times since the referendum and witnessed first-hand how divided British society has become. In fact, the political atmosphere has been described to me as “toxic” on more than one occasion. And this is not just along the obvious pro- and anti-EU rift line, but even within each of the two camps. I used to live in the UK for almost seven years and have always regarded it as a kind of second home ever since. So, personally, I find these developments quite disturbing. HOWEVER: for the incoming tourist nothing much has actually changed (yet), except that visiting Britain became slightly more affordable thanks to the slump in the value of its currency after the referendum result. What changes may come in the mid- to long-term future is impossible to predict at this stage (possibly even a return of visa requirements?), but for now there's no real reason not to visit. But watch this space for further updates …
-------------------------- 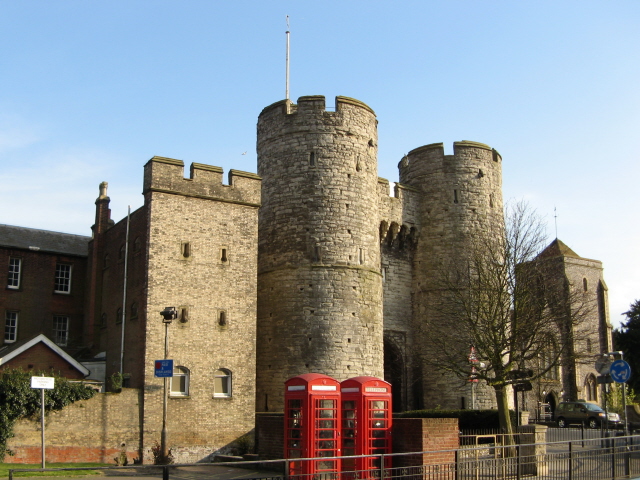 Great country with a great – and in various respects not quite so great – history. The British Empire was certainly responsible for enough dark stuff – but that was largely perpetrated outside Britain itself, namely in the then (now mostly "lost") colonial territories – see. e.g. India (although there are also still modern "colonies"/"overseas territories" such as the Falkland Islands, fought over not that long ago, in 1982).
Of course Britain also suffered, i.e. was the victim in some of history's darker chapters, both abroad (see e.g. Thailand) and at home.
In the British homeland, there is a sort-of quirky, eclectic mix of dark tourism destinations, ranging from disaster and war memorial sites via beautiful old cemeteries to Cold War and nuclear sites.
Personally I have a very special relationship with Britain myself, as I used to live there – for nearly seven years in total. I still have friends and family (in-laws) there and go back to visit quite frequently (while I now have my home in Vienna, Austria).
But I still feel I haven't got to the bottom of the country as far as travel destinations are concerned. Nowhere near, in fact. So I expect to discover more sites qualifying as dark or weird enough to be featured on this website. (Hints are also welcome – contact me). For the time being, this is probably a very incomplete list of individual sites that I can come up with (ordered roughly south to north).
- Beachy Head, East Sussex, England

- Dounreay, Caithness, Scotland
- Dounreay exhibition, Thurso, Caithness, Scotland
Note that Northern Ireland is covered as a separate entity here -  even though it is part of the "UK", but unlike Wales and Scotland it's not part of Great Britain. It's not just a pernickety political terminological distinction, it is also a practical one: Travelling in England can easily and seamlessly cross the invisible borders into Wales and Scotland, whereas Northern Ireland is a distinct country from a traveller's perspective, requiring a ferry crossing or flight to get there from the British mainland.
The Channel Islands off the coast of France also have a separate chapter for much the same reasons. Needless to say then, that British "possessions" in other, further away parts of the world have their own separate entries too (see e.g. Montserrat or St Helena).
Travelling around in (mainland) Britain can be a joy, especially roaming across the country by car. Those used to driving on the right often fear the British left-hand-side traffic. But it's actually quite easy to adapt to – I've personally never had any trouble with it, either way, switching from continental right to British left or vice versa.
Ferries to Britain have become much fewer than used to be the case (the famed hovercraft of old have long been retired completely). This is in part due to the Channel Tunnel, which is now a very important artery for car travel into Britain.
You can of course also fly into the UK. But to get around outside the cities, having one's own vehicle is the best mode of transport, so I'd recommend hiring one locally to explore the country. In London, or in fact in most cisties, on the other hand, a car would rather be a millstone round your neck.
There is a train network, but unless you book well in advance it's outrageously pricey, and the quality of the service, well, "patchy", to say the very least. Having to cope with overcrowded and grimy carriages, with cancelled trains, delays and inconvenient connections can be frustrating. Only with regard to the frequency of disruptions to the system (be it accidents or just the wrong kind of snow) has Britain led the field for years. The British railway system is the prime example of the shambles that can be the result of privatization.
If you need to travel on a shoestring, then you could resort to the overland bus network provided by National Express – but esp. on longer journey it's not exactly comfortable.
Public transport in the cities can also have its faults, but is OK, though often high prices have to be expected. London is particularly expensive, but at least offers the densest network (esp. the "tube", the metro, is an indispensable lifeline). Outside larger towns, having your own car is still the best way to get around (in the cities it's not!). For some of the places covered on this website, a car is practically a necessity.
What is particularly cool about travelling in Britain is the fact that you can be more spontaneous and flexible than in many other countries. There's a remarkably dense network of tourist information offices, you can even find them in many really small places. They offer help in finding accommodation on the spot, so you don't necessarily have to plan ahead. The typically British B&Bs play a major role in this. Only in really remote parts, such as the wild north of Scotland, can it be advisable do a bit of forward planning, as all tourist facilities get far and few between up there and the distances between settlements can be great.
In terms of food and drink, Britain often has a bad reputation amongst outsiders. Which at least today is totally unjustified! Britain's multi-ethnicity alone makes for a great variety of culinary options. But traditional British regional cooking has reached a very high standard over the last few decades. You just have to stay away from those ubiquitous fast-food joints, whose detrimental health effects can be seen in quite a proportion of the population.
In London you can bet on any cuisine of the world, at all levels of quality and price. Out in the country, choices are naturally narrower, but even in small hamlets you can often eat surprisingly well.
The national dish in contemporary Britain is curry (which has long overtaken fish & chips). And the levels of quality in ethnic Indian and Pakistani restaurants can be absolutely top-notch – in particular in certain parts of the country such as the Midlands and Yorkshire. (My five years in Bradford have totally spoiled me in that respect!).
Pubs in the country often offer the best (if not only) dining options. Quality varies, but increasingly many pubs these days double up as good-quality proper restaurants. And the traditional British beer (aptly called 'real ale') has to rank as amongst the best traditional brews in the world – only Belgium could also lay claim to that title (that is, if you do not count the new craft beer scene, which started in the US and has by now also taken a firm foothold in Britain, not least in a famous "canine" brew form in Scotland ...).
In Scotland, finally, the world's best and most noble spirit is made … and I suppose it goes without saying what that is.