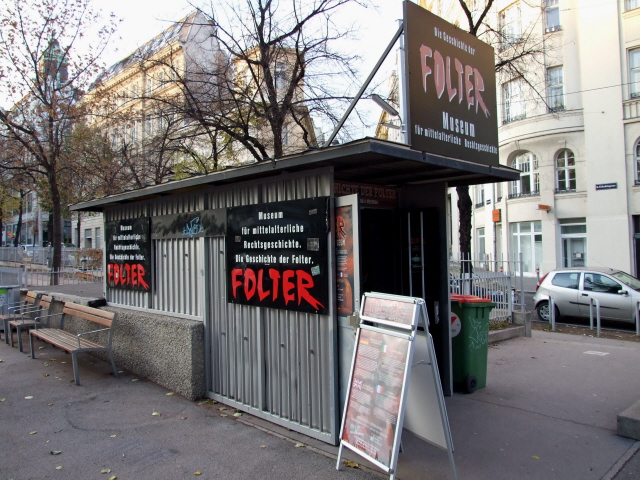 A small exhibition, consisting mostly of dummies & props, illustrating various, mainly mediaeval methods of torture. It's only included on these pages because of a) its location (at one of Vienna's Flaktowers) and b) because it also has a modern supplementary section on contemporary torture, capital punishment and human rights issues.