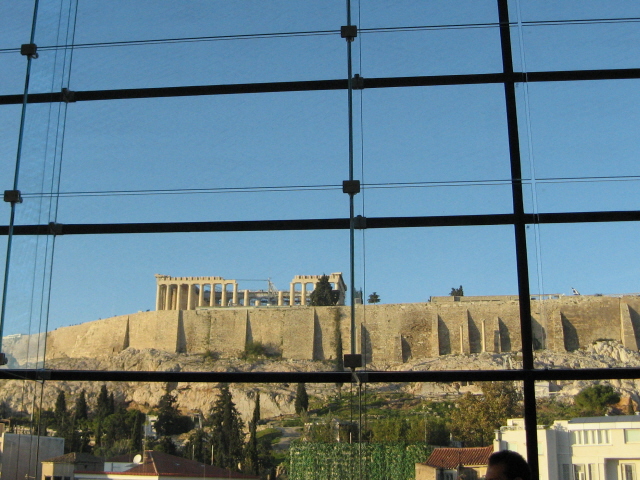 In terms of tourism, Greece is all too often only associated with summer, sun, souvlaki and sirtaki. But it's not always been just a beach- and ouzo-oriented holiday Eldorado.

With a massive history such as Greece's there have obviously been dark chapters too. In the more contemporary periods relevant to dark tourism it is especially the post- WWII Civil War era and the military dictatorship under George Papadopoulos from 1967 to 1974. In both periods, and to a degree also in between, political dissidents (primarily those from the left) suffered severe oppression, in some cases internment on isolated exile islands, including notorious torture centres and concentration-camp like prison installations such as Makronisos and Yaros (Gyaros).
- Yaros (Gyaros) former prison island

- Makronisos former prison island
There were more places like these, and also concentration camps on the mainland, but these two stand out most.

In general, Greece isn't overly committed to commemoration of the dark chapters of its more recent past, and certainly not to commodification for tourists of associated authentic sites. So visiting these places remains an adventure outside the realms of the country's tourism infrastructure – unless you count the availability of private boats for hire. In fact, for both sites covered here boat hire is a necessity without which these places remain out of reach altogether.

Thanks to the mainstream tourism boom in Greece, however, the country as such is easily and fairly cheaply accessible, and transport within the country, including island hopping, is well developed. So it's not difficult getting to points from where you can go on the more adventurous excursions to those islands.

Of course, Greece has been in the headlines for a very different kind of "darkness" – namely the eurozone debt crisis. A huge chunk of the blame for this financial crisis was directed at Greece. It received huge sums of money in support, as well as substantial debt relief, in order to save the country's economy from complete bankruptcy – but at the same time drastic austerity programmes had to be passed by the government to secure such support.

As usual, however, it's not the rich elite actually responsible for Greece's financial downfall that have to bear the brunt of the drastic measures but the "ordinary people". Already suffering from high unemployment rates and the rising cost of living, the newly introduced severe cuts in benefits and public spending in general have angered a large part of the populace, especially the younger Greeks. Scenes of violent riots, including arson, further fuelled an image of Greece as a society on the brink of collapse.

From a tourist perspective, though, nothing could be worse than assuming you couldn't travel to this country any longer. It's so reliant on the tourism industry that staying away out of unjustified fears would only exacerbate the crisis. It is still a safe destination (as long as you don't get involved in actual demonstrators' clashes with the police in Athens) and certainly so in the rural parts and the islands.