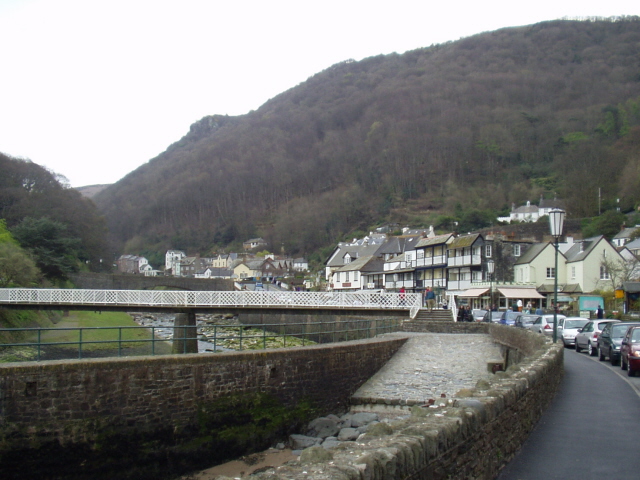 A small harbour village on the north coast of Devon, Great Britain, which was the scene of a catastrophic flash flood in August 1952. Extremely heavy rain brought about a swelling of the little river that runs through a steep valley inland and through the village of Lynmouth (at the river Lyn's, well, mouth) turning it into a ferocious monster of a surge. 34 people were killed and hundreds made homeless as the waters swept away houses, cars, anything in its path.

A poignant, though most likely fictitious extra element of darkness is added by the conspiracy theory that the flood may have been caused by experiments with rain seeding (but the meteorological facts count against this).

A small local museum close to the harbour-front recounts the dramatic events of the night of 15-16 August '52 and its aftermath.

Apart from its dark connections, the place itself is so picturesque that it is worth a stroll around, esp. up to the waterfront too. Inland lies the scenic Exmoor, home to a breed of wild ponies. Further afield: the West Country, esp. the north coast of Devon and Cornwall is one of the most scenic areas in the whole of Europe and well worthy of longer exploration. One particularly beautiful Cornish coastal village, Boscastle, shared the fate of Lynmouth in 2004 when it too was hit by a flash flood (though it didn't have quite the same disastrous scale as regards fatalities).

Location: roughly half way between Minehead to the east and Ilfracombe to the west, in north Devon, Great Britain.