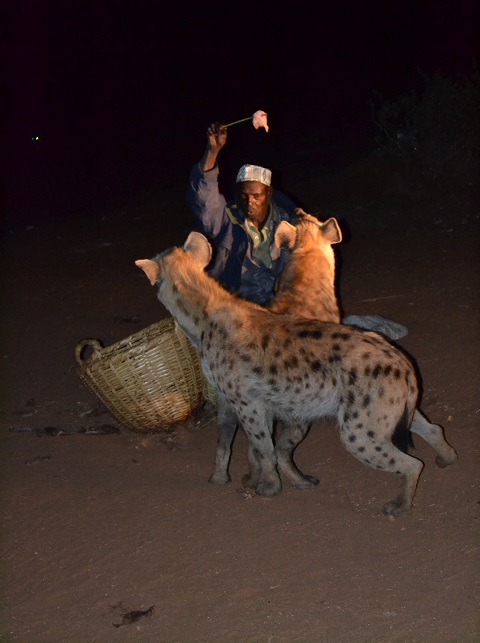 A unique chance to get up close and personal with wild (but semi-habituated) spotted hyenas in the ancient town of Harar in north-eastern Ethiopia, a place which has long had a very special relationship with this otherwise mostly vilified and misunderstood species. It’s dark only insofar as the reputation of hyenas is so negative, which is only partially justified (they are dangerous in other contexts and outside Harar). Learning about these animals through the Harar case is a good opportunity to rectify some misconceptions about hyenas. And taking part in the feeding after dusk outside the Old Town gates is one of the greatest wildlife encounters I’ve ever had anywhere.