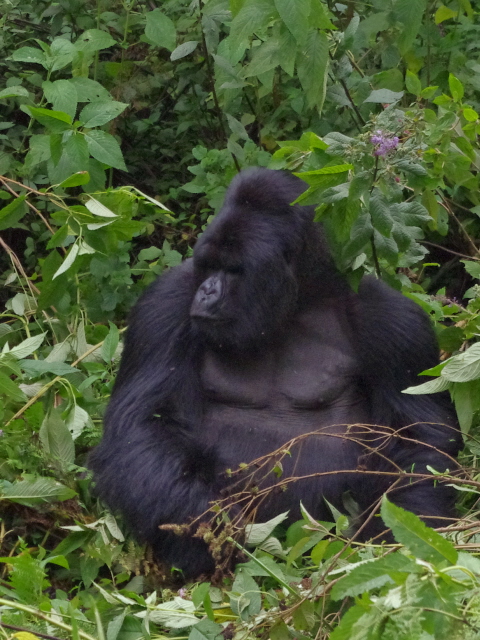 A Central African country that gained its place in 20th century dark history through the reign of the flamboyant dictator Idi Amin in the 1970s. Charismatic and even cheeky and humorous, he won his people over at first when he seized power in a military coup in 1971, but then he developed a Stalin-like paranoia and bloodlust that cost up to 300,000 of his citizens their lives.

Also during Idi Amin's time, the Ugandan main airport at Entebbe hit the headlines in 1976. A passenger plane hijacked by Palestinian (and a German) terrorists landed at the airport where Idi Amin tried to gain profile from his involvement. However, Israel mounted a daring rescue mission to free the mostly Jewish passengers (the non-Israelis had been released before). In the process all hijackers as well as a few of the hostages were shot – as were 45 Ugandan soldiers and, on the Israeli side, the commander of the mission, Jonathan Netanyahu, older brother of the Israeli prime minister Benjamin Netanyahu. Despite the casualties, the mission overall was a great success and further boosted Israel's reputation of decisiveness in the face of such threats.

Idi Amin was finally deposed in 1979. He lived out his days in exile in Saudi Arabia and passed away in 2003. Today, Uganda is a fairly stable country, although it too has had its share of "African troubles" (child soldiers, mass rapes and massacres included), also partly through the involvement in the wars in neighbouring Congo. However, these days, Uganda is one of the prime African countries for tourism, including wildlife safaris – although it is still far less popular a destination than Kenya or Tanzania (but that helps keeping the crowds low). It is also the second best place (after Rwanda) to go and see the magnificent rare mountain gorillas.

As regards dark tourism, there isn't really that much to match the degree of darkness of the country's history, unfortunately. At least not much that I am aware of. I know of no sites developed for tourism that are directly linked to Idi Amin's reign of terror. One part of the old airport at Entebbe, however, namely the old control tower, appears to have been left as a kind of memorial, complete with bullet holes from the gunfights during the Israeli rescue mission, and a plaque on one wall marking the historical significance of the site.

Somewhere on the shores of Lake Victoria there is supposed to be a small memorial to the victims of the Rwandan genocide – as many corpses that had floated down the Akagera river and into the lake (cf. Nyarubuye) were washed on to the Ugandan shores in 1994.

Other than that I am not yet familiar with anything of interest for the dark tourist. But I thought for the exceptional historical status of Uganda in the dark department, the country should be given a provisional entry here all the same. I will have to do more research to see if there is anything else that warrants this inclusion. Bear with me.

Getting to Uganda/Entebbe from outside Africa is comparatively easy. Many airlines have Entebbe as a regularly served destination, including direct flights from Europe with British Airways (London), KLM (Amsterdam), Lufthansa (Frankfurt) and Brussels. Alternatively you can fly for relatively affordable fares via Dubai, Nairobi, Cairo or Addis Abeba. There are also daily flights to Kigali in Rwanda.