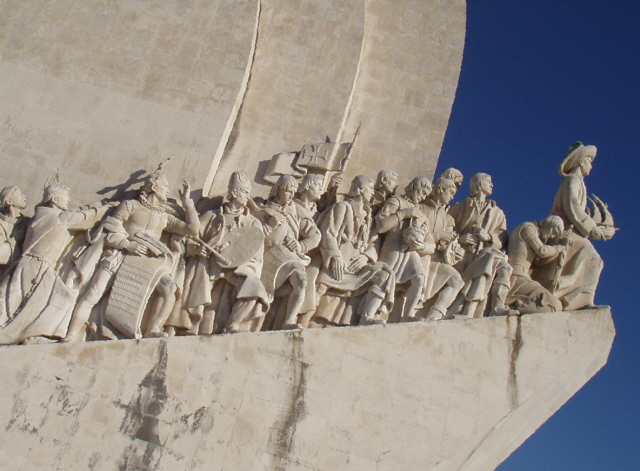 Europe's westernmost (mainland) country, a strip of land on the coast of the Atlantic Ocean. Its only neighbouring country is the much bigger Spain, but Portugal too has a history no less steeped in darkness than Spain's.
As a colonial power, Portugal was right up there with the other biggies (France, Spain, Great Britain, Holland), also in terms of the slave trade and other forms of ruthless exploitation. It also held on longer to some of its colonies (e.g. Angola, Mozambique, East Timor or Cape Verde), while other big chunks of the planet's lands seized by Portugal were allowed to go their own way earlier, esp. the biggest of them all: Brazil.
Like its neighbour Spain, Portugal was also "conservative" in European terms in clinging on to a right-wing authoritarian fascist regime right into the 1970s. What Franco was to Spain, Antonio de Oliveira Salazar was to Portugal.
Salazar came to power in 1932 as the head of the Estado Novo (New State) government, which stayed in power until 1974, although Salazar himself had already been succeed by Marcelo Caetano in 1968. The end of the Estado Novo regime came in the form of the so-called Carnation Revolution of 25 April 1974. It was more a moderate military coup supported by the populace than a revolution proper, but it ended the decades of dictatorship and returned Portugal to democracy, brought an end to the colonial wars and eventually led to membership of the EU (in 1986).
Within the country itself, there's little left that would remind the tourist of today of the dark days of the dictatorship – the main prison camp for political prisoners was in one of the colonies (Tarrafal in Cape Verde), not at home – and few of the former symbols or images of the regime can be traced. Only a couple of (indirect) ones can be seen in the capital city Lisbon:
- Lisbon
However, a new Museum of Resistance and Freedom is under development (and temporary exhibitions are already hosted) at the old fort of the coastal town of Peniche, which had been a place of incarceration of political prisoners during the dictatorship years:
- Peniche Fort
A dark-tourism site of a completely different nature is a spectacular "bone chapel" in a little town east of Lisbon, Evora:
- Capela dos Ossos
Portugal may be on the edge of Western Europe and its economy may at times be struggling, but for tourism it is prime property – in many cases literally, as foreigners from other countries (Brits especially) have bought up many a piece of real estate in the country as holiday homes.
Most tourism in Portugal falls into the two mainstream categories: beach or culture. The Algarve coast in the south is a prime destination for beach-bound sun-seekers, whereas the monuments of culture of this grand old nation are found rather inland and in the cities.
Of the latter both the capital Lisbon as well as Porto in the north are the main portals for travel in the country – as well as being stand-alone destinations in their own right, of course.