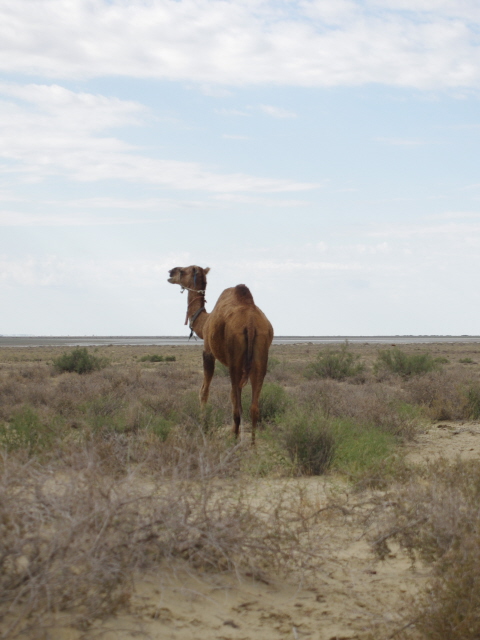 A Central Asian country normally noted rather for its links with the fabled Silk Route and the beautiful Islamic architecture of the ancient cities of Samarkand and Bukhara. But this former Soviet republic also has its share (literally) of one particular site that qualifies as dark tourism: the environmental disaster area of the dying Aral Sea (or Lake Aral), now over 90% dried up, which the country shares with its northern neighbour Kazakhstan (see especially under Aralsk).

Going to the shores of the shrinking Aral Sea on the Uzbek side is typically done via the former fishing town of Muynak, now largely a ghost town 60 miles / 100 km from the current shore, whose "ship cemetery", i.e. the former fishing fleet, forms the well-known backdrop of rusting hulks left high and dry in the middle of the new desert that once was Lake Aral's seabed – an image that has become iconic for the whole Aral Sea tragedy. But this image is gradually disappearing because the wrecks are being scavenged for scrap metal (which is usually sold on to China – see again under Aralsk).

There are tour organizers who include short excursions to the Aral Sea/Muynak as part of larger packages – and for the really adventurous there are also more extreme options involving camping in the desert by the lake.

Note: some see it as ethically problematic to go and see this disaster area as a tourist – and there may also be health issues as parts of the area are quite heavily polluted (and certain areas, in particular the former Soviet bio-weapons site of Vozrozhdeniya Island have to be totally out of bounds).
Aral Sea