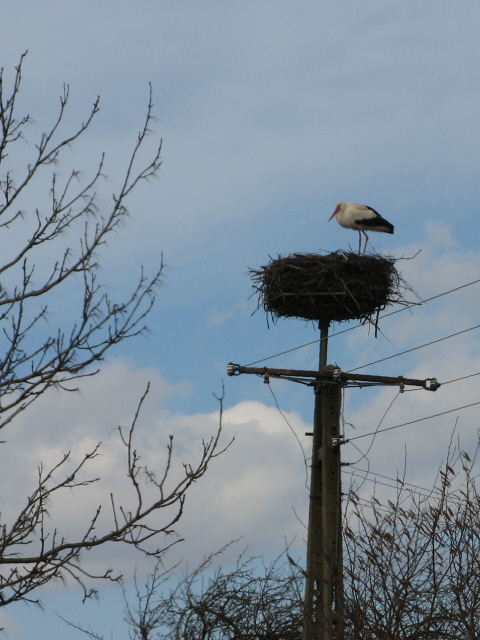 An Eastern European country with a very chequered history, much of it on the dark side, especially in the 20th century – and unsurprisingly this also provides a rich array of dark-tourism destinations. Here's a list of Poland's dark sites covered on this website:
Auschwitz concentration camp & death camp

Suwalki
The historical reasons for Poland's tragically dark history become a bit more obvious when you consider the geographical location of the country: wedged in between Germany and the former Russian then Soviet empire. Poland has been kicked about from both these sides more than any other country.

During WWII the kicking came even from both sides (almost) simultaneously. Poland was the first victim of WWII proper, when Nazi Germany started its assault on the country on 1 September 1939 (with the attack on Westerplatte). The under-equipped Polish military was quickly overrun. Great Britain and France immediately declared war on Germany in return, and thus WWII was officially on.
At the same time, the USSR annexed eastern parts of Poland (as agreed with Hitler in the Molotov-Ribbentrop Pact) and proceeded to kill off the Polish military's officer elite at the massacre of Katyn. Not much later Germany pushed further east and attacked the Soviet Union itself, occupying the whole territory of Poland in the process.

During the long years of the Nazi occupation, Poland also became the main stage for the worst "industrialized" genocide in history: the Holocaust. Most of Poland's Jews were systematically "exterminated" – together with deported Jews from other European countries the Nazis had conquered. To this end, some of the largest concentration camps (Auschwitz in particular) and all of the purpose-built death camps of Operation Reinhard were set up in eastern Poland.

Then came the Soviet "help", when the Germans were pushed back by the Red Army. However, they committed their own atrocities against Poles too, or showed an ostentatiously manifest lack of support, especially in the Warsaw Uprising.

At the conference of Yalta, Poland was then "given away" to the Soviet sphere of influence – which was soon to become the Eastern Bloc. Many Poles saw that as a betrayal by their Western allies, especially in view of the fact that many exiled Poles had fought alongside the Allies in WWII, e.g. serving as fighter pilots in the RAF during the Battle of Britain! And instead of returning the favour, the West then simply dropped Poland and let it slip into the grip of the Soviet empire.

However, Poland always retained a fundamental core of resistance against communist rule from the inside. Protests and in particular strikes happened frequently – and were crushed just as frequently. However, in the 1980s the strike and protest movement gained such strength that it saw the formation of the first independent trade union, Solidarnosc (with strongholds in Gdansk and Krakow). This eventually resulted in a substantial erosion of the grip of communism – and marked the beginning of the end of the era at large. It is often seen as the spark that led to the subsequent downfall of communism in all of the former Soviet satellite states of the Warsaw Pact, the tearing down of the Iron Curtain, and the end of the Cold War.

Poland thus played a key role in (at least) two of the 20th century's most defining historical developments. And this is reflected in what Poland offers in terms of dark tourism today. There are in fact few countries with such a plethora of dark places one can visit. Among them are some of the darkest and most emotionally taxing sites in the world. Most famously, this includes what is arguably the world's No. 1 dark-tourism destination of them all: Auschwitz-Birkenau. (cf. Top-20)

All in all, the sheer number and range of dark sites warrants either a very long round trip of Poland or a few return visits in order to take it all in.

Poland is, however, a splendid country to travel in, as I found out on three extensive research trips. It's quite easily accessible from the rest of Europe – either by air (and then mostly through Warsaw's international airport, although Krakow and Gdansk also have a few good international connections), by train (e.g. from Berlin, Prague, Vienna), by car, or even by boat (ferries to/from Denmark, say).
I have hired a car in Poland a few times and found driving not quite as stressful as expected (although there were incidents – see e.g. here). In general, road conditions tend to be better the further west you are, while in the east rather narrow two-lane overland roads with heavy lorry traffic are the norm ... and these require much concentration.

Accommodation options are plentiful, though not necessarily cheap in the bigger cities, but bargains can be had in the more remote parts. Standards are good – and booking over the Internet is mostly very easy.

Interestingly, and for many perhaps surprisingly, Poland is also a very cool country in culinary terms (see food & drink), even for non-meat-eaters like myself!

Language-wise, it's a somewhat tricky place … Polish is anything but an easy language to pick up, but a few words should be doable at least (it will be greatly appreciated locally). Getting by with English is easier in larger tourist centres, but generally I found that German gets you further in many places! With some members of the older generation, or in eastern parts of the country, knowing some Russian is also still a valuable asset.

The days when people could joke that taking your own car into Poland was as good as giving it away are long gone. Italy has a far higher rate of car thefts, and generally the crime rate is far from those unjustified dated clichés. It's quite safe – and nowhere near as much a backwater that too many still believe in the West.
In fact, Poland is one of the few countries that managed to continue prospering even as many Western European countries were ailing under the 2008 and 2011 financial crises. The labour market has changed too – while a decade or so ago it was common to find Poles moving to other countries to find work, now the reverse is becoming more and more common, especially Eastern Germans find it easier to get jobs in Poland these days than at home.

Overall I quite like Poland, as you've probably gathered. One thing I do find hard to comprehend, though, is the resurgence of neo-Nazi movements in Poland, especially associated with football hooliganism. How can that be? In a country that suffered more from the crimes of Nazism than any other!?! It's just beyond me. (See Wolfschanze and cf. also Hungary.)