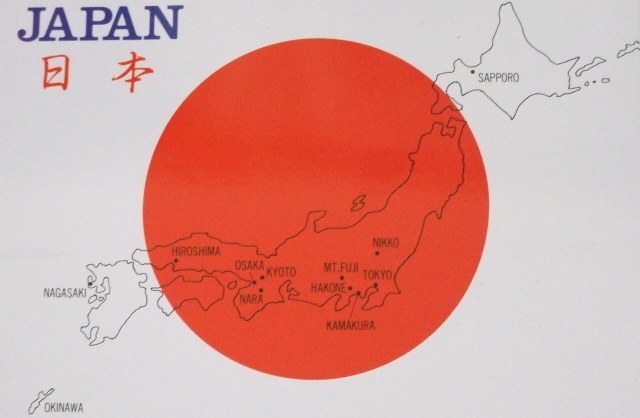 The national alcoholic tipple is still sake, and it can be of superb quality (Hiroshima, for instance, is a Mecca for good sake) – much better than what you normally get in the West. Forget the simple hot sake served in ordinary sushi joints in the West – the real thing at premium levels can be exceptionally delicate (and is drunk cold!). However, it can quickly get just as pricey as high-class European wines. But it's worth discovering and exploring, especially as you are unlikely to ever again see the same brands of sake at home! Maybe the Japanese keep all the good stuff for themselves.

The latter is certainly true for their whisky. Many people don't know this, but Japan has had a whisky industry of the Scotch style for nearly a century and the quality levels it can reach are outstanding (often knocking your average Scotch into a cocked hat – easily). At the top end of the range, it gets expensive … and the really rare stuff is hardly obtainable on the free market at all, not even within the country. But even at the regularly affordable end there are some superb tipples: Suntory's "Super" blend, for instance. In bars, however, the mark-up for drinks is ludicrous (a shot of Yamazaki 18-year-old malt would have cost me as much as quarter of a whole bottle in a standard shop! … I declined …). On my recent return visit in April 2019 I found that Japanese malt whisky has become even more elusive, both in speciality shops and at the duty-free outlets at Narita airport. You'd have to search for them online these days (and be prepared to pay a fortune).
Climate/weather-wise, spring is the best time to go, around Easter, preferably before the end of April (when "Golden Week" has half of Japan on the road). In April, days are already getting milder, especially in the southern half of the country, but it's not yet oppressively hot – which is frequently the case in summer. Winters, in contrast, can be very harsh in Japan, particularly in the north where they also last much longer. Autumn often sees typhoons, which can seriously impair the travel experience. So spring really is the best time to go. Another add-on attraction in spring is the fabled cherry-blossom season. It's as much fun to watch the Japanese admire (and photograph en masse) their beloved cherry blossoms as it is seeing the blossoms for yourself.
One thing I found a little difficult to deal with was the enormous wastefulness in Japan, especially as regards packaging. Everything is over-packaged (except fresh produce at food markets), in particular touristy food souvenirs where there may be an outer box and an inner box, a plastic wrapper around the inner box, and inside items that are all individually wrapped too. Plastic overkill. Moreover, the Japanese have become markedly more carnivorous since my first visit in 2009: now there are steaks and burgers and totally meat-focused speciality restaurants everywhere. One guide told me "we were behind, now we are catching up", but I wanted to protest, saying no, you used to be ahead, now you're moving in the wrong direction. (Why? Because animal farming is the biggest contributor to climate change!)
Energy is wasted liberally too – although in the case of those famous hi-tech toilets you can at least turn off the unnecessary loo seat heating. There’s really no need to leave it on during the day when you're out, even if you in principle appreciate the luxury comfort it provides, when not set too hot, that is …
All in all, visiting Japan is not as difficult as is often assumed, nor does it have to be as expensive as the cliché has it. OK, there's plenty of opportunity to burn money fast and in large amounts (on accommodation, luxury food, clothing, etc.), but you can equally economize quite a bit so that at the end of the day Japan is no more expensive than most other First World countries. Flights of course eat up a major chunk of your budget, but given the many connections, even flight fares can be surprisingly restrained compared to other similarly far-away destinations …
In short, I can wholeheartedly recommend it – if the pull of such ultra-dark sites as Hiroshima & Nagasaki isn't already enough to convince the potentially tempted dark tourist …