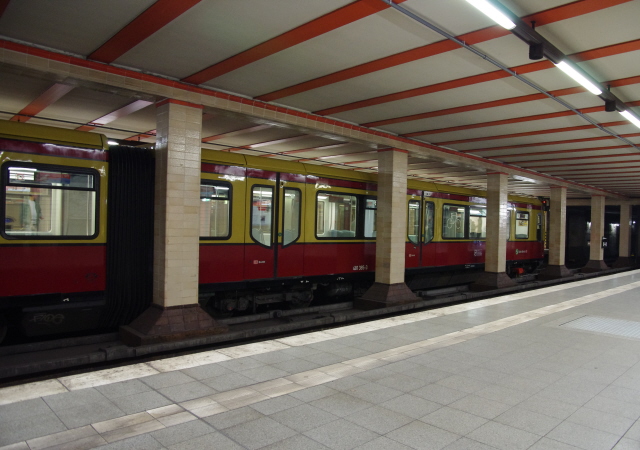 A small topical exhibition in a restored Berlin underground regional metro train station, which itself used to be a ghost station during the Berlin Wall era of the division of Germany.