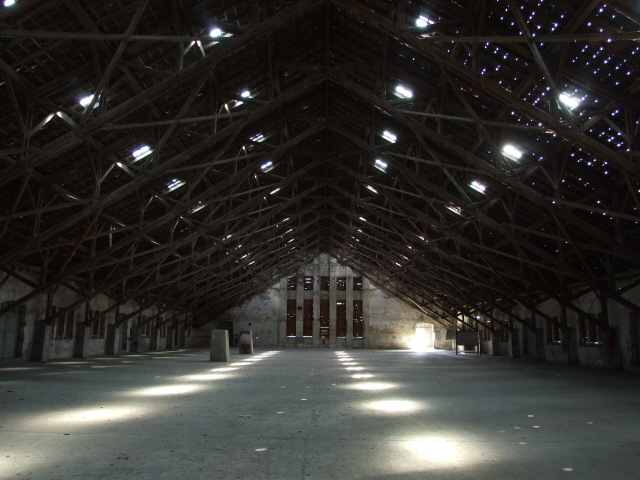 The site of Hamburg's own former concentration camp – a less well-known name than Auschwitz or Dachau perhaps, but it was still one of the big camps. Today the memorial complex and documentation centre offer some of the richest sources of information of its type that I know of.

You certainly don't want to get stranded out here – otherwise you're faced with trying to hitch a lift or walking the long five miles / 8 km back. Make sure you get the bus. Or, better still, go by your own means of transport. The site is well signposted these days – from the motorway exit Curslack on the A25 between Hamburg and Geesthacht.
Time required: Anything from between a couple of hours to up to a week. Since for most visitors an in-depth study trip of several days is unlikely to be an option, a sensible compromise will be a whole-day excursion.
Combinations with other dark destinations: nothing in the immediate vicinity, but you wouldn't have time for more anyway. For more dark sites in the city, see Hamburg.
Combinations with non-dark destinations: in general, see Hamburg – the area around Neuengamme is typical Elbe marshland, and as such is quite popular with cyclists. En route to the site from Bergedorf the 327 bus passes through some rather picturesque villages on or behind the old Elbe dykes, a highlight on this route is the ancient Rieck Haus and its surrounding open-air museum at Curslacker Deich 284.